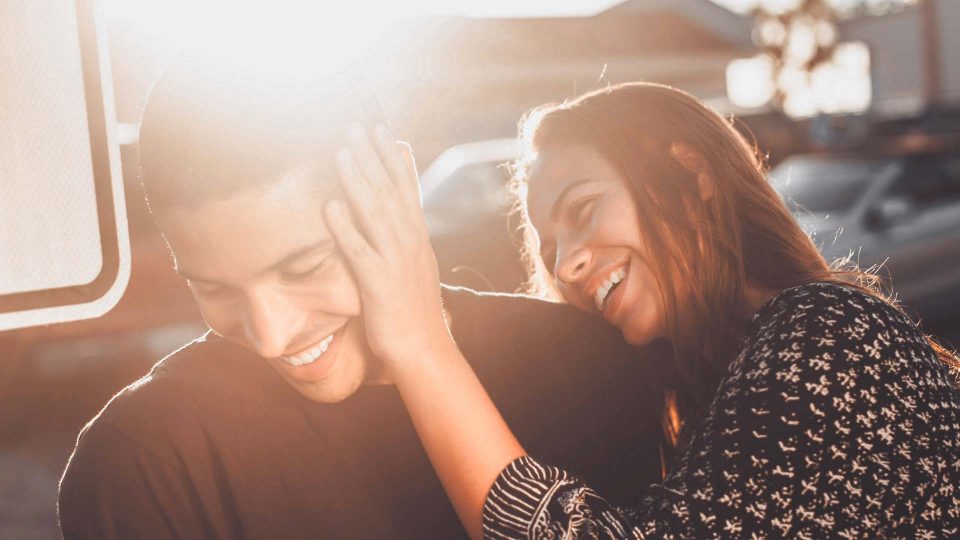 On May 21st in 2020 Father’s Day in Germany once again is about to happen. Thousands of fathers and prospective fathers will celebrate themselves and their gender by going around the houses with their peers, going on bicycle tours and going on wet hikes.

When it comes to Father’s Day hiking, wheelbarrows and handcarts are often converted into small party wagons providing music, food and alcoholic beverages for the sometimes very long parades through town and village. This often turns the paternal walk into an entertaining event, but in retrospect it also causes it to be an exhausting trip – with a terrifying hangover on the next day and the actually very sad certainty that the entire holiday was spent among men only.

Before we tell you what to expect from a Father’s Day special with an escort lady, we would like to give you a few details about Father’s Day because as a man it is – besides your birthday – something like your second day of honour. But there is a little difference as well, because on Father’s Day you not only celebrate yourself as a person, you are also celebrating your gender. On Father’s Day you can be proud to be a man – a custom that already has its origins in the Middle Ages.

In the past, on Ascension Day, men would go out into the fields to pray for a good harvest. And they ate and drank a lot while doing this. However, the origin of the Christian custom lost more and more of its importance. And finally, the so-called “Herrenpartie” developed from it, which subsequently became today’s Father’s Day – with all its men’s hikings and endless binging parties.

Father’s Day is common in many countries, but mostly in different variations. The kind with celebrating and walking among like-minded people is more of a German custom. In America, where Father’s Day exists since 1910, Father’s Day is more similar to Mother’s Day, with small presents for the father.

Nevertheless, all customs have one thing in common: they serve in honour of the man. And here it gets obvious: Why should a man spend this day, in honour of male culture and contribution, only among men, as it is the custom in Germany? Wouldn’t it be much nicer to be spoiled by an attractive woman? To celebrate masculinity not only in words, but also in copulation with the opposite sex?

Father’s Day is not a public holiday in Germany – even if many people think otherwise. However, year after year it takes place on the Christian holiday of Ascension Day, and so this year it takes place on a Thursday. If you want to treat yourself this year with a special Father’s Day experience, you could, for example, take a day off on the Friday following Father’s Day. Then you would have four days off. And that would be some great amount of time for a short break with a beautiful woman. When have you had that for the last time?

Imagine now, that you are going on a short holiday trip with a young lady, who pushes you to your limits; who drives you crazy at mere sight, with her astounding body, her amazing charisma, her laughter, her charm. Wouldn’t that be something for you?

You could start your next Father’s Day together at an evening dinner. Afterwards, you could go dancing or chatting for a while before you are finally going to the suite you have booked for you and your attractive travel companion. There you will be pampered from head to toe, with everything you could wish for because after all, you have received your companion after a detailed consultation. That is why you and your model have the same preferences, the same tastes and the same interests – culturally as well as sexually. And depending on how long you have booked your escort lady, Father’s Day will continue the next day: you are waking up, having breakfast together, and after recharging your batteries you go back to your hotel room. Afterwards, you might maybe take a walk together, or maybe you are going to a spa, where you get yourself pampered and where you two spoil each other by fulfilling erotic desires and everything that comes with it. Wouldn’t that be something you would also like to experience?

You see: Spending Father’s Day with an escort model does not only mean doing something good for yourself, it also means celebrating Father’s Day in the right manner – in honour of all men. And especially with an escort model there are countless possibilities to bring this reverence to a whole new level. So get pampered and indulged and honour yourself and your gender now.

There is so much more to experience when you spend Father’s Day with a model from escort deluxe. Give it a try. Get in contact with us. We will make sure that your next Father’s Day will be an unforgettable experience.