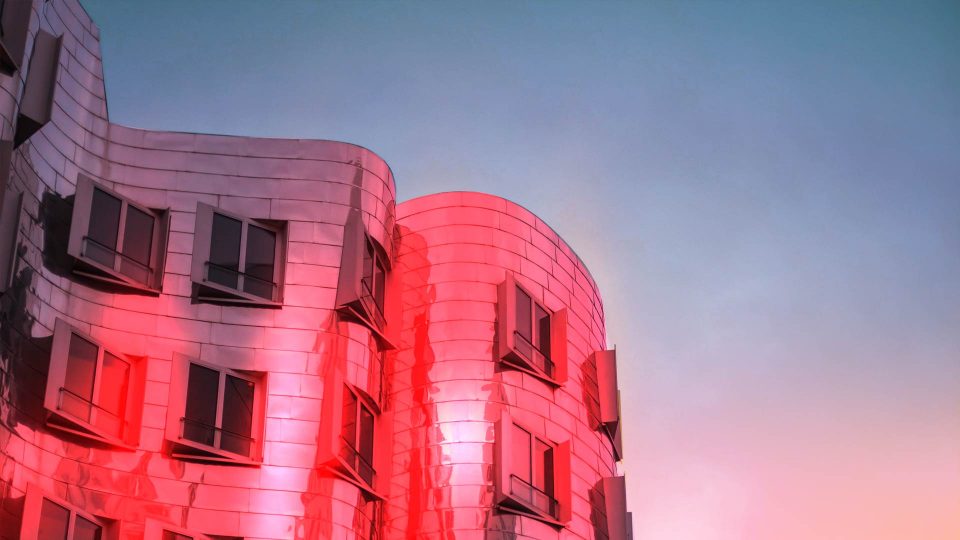 Corona, crowds, physical contact – three things that do not fit together. No wonder that the sectors in which large numbers of visitors or intimate encounters are the norm have been hit the hardest. To remind us of this, and to show publicly just how serious the situation is, round about 8,200 registered German companies have cloaked important institutional buildings in red light during the night from 22nd to 23rd of June 2020. A sign of togetherness, but also a sign showing the seriousness of the Corona crisis.

Corona and How It Isolates the World

Since mid-March 2020, the world has been in a state of absolute emergency due to the coronavirus. Entry and exit bans, lockdowns, curfews, stockpiling. What normally sounds dystopian has become reality. Without zombies of course, but with the currently changing world of work, some colleagues may have come a little bit closer to the undead existence in the past three months, at least visually – in the home office.

For some industries Corona seemed like a blessing. As trips abroad were cancelled, bicycle sales increased immensely; and since people were not allowed to leave their home, mail order and e-commerce companies made their sales of a lifetime. Digital industries were now switching to home-office – for 100 %. Work became home, and vice versa. In fact, the whole life changed. Openness became isolation, and a multitude became the singular – now for a terrifying long time.

For business branches that are in need of cultural exchange and human contact, in which people dance closely together, laugh and hug each other over good drinks, isolation is the sword of Damocles swinging over their heads: no gigs, no concerts, no discos, no weddings, no smooching, no nothing. Out of a sudden. And when the income breaks off, there is no decent annual turnover. Instead, there are existential fears, worries and empty halls. Reason enough to make an impact now, after three months and while the first corona loosenings are taking place – with the Night of Light.

Night of Light: With Red Light Against Corona

During the night from 22nd to 23rd of June 2020, countless important buildings in Germany were illuminated with red light, including clubs, bars, and small businesses. All those who are dependent on human contact – on conversations, handshakes, hugs, and personal closeness in general – played their part. The red light underlined the urgency of the appeal. Red as a warning color says: “It is urgent.” But also: “It is dangerous and it is an emergency.” And it is. The past three months have been a long time for many companies – especially in the event and entertainment industry. But there is also a branch of business that has always claimed the color red for itself, that has suffered greatly from Corona: The erotic industry.